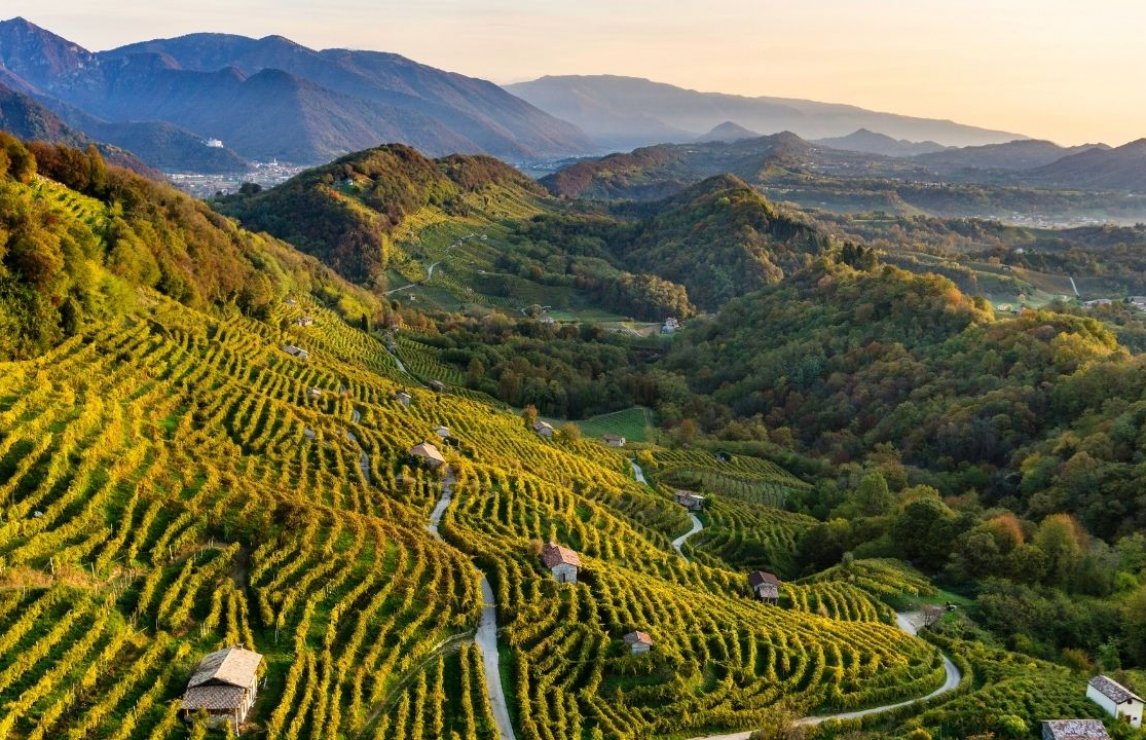 As the supermarkets gear up for their festive Prosecco promotions, it’s hard to believe that just 25 years ago, this Venetian fizz was virtually unknown outside Italy.

Its ubiquity has doubtless been helped by the way its name trips so easily off the tongue – which is more than can be said for its upmarket rendering, Conegliano Valdobbiadene Prosecco Superiore DOCG (Denominazione di Origine Controllata e Garantita). It is here, though, in the foothills of the Dolomites, an hour or so north of the lagoon, that the towns of Conegliano and Valdobbiadene rise both literally and metaphorically above the plains of the Veneto region where the more basic DOC Prosecco is produced.

A UNESCO World Heritage Site, recognised for its ‘cultural landscape’, or the unique interaction between man and the environment, the DOCG undulates across a series of ‘hog’s back’ hills embroidered with a tapestry of vines, all of them tended by hand. This is where it all began. Yet for producers here, the name Prosecco – and its success – is both a blessing and a curse, almost always much less prominent on the label than Conegliano Valdobbiadene, as the DOCG seeks to differentiate itself from its cheaper neighbour, the DOC. What a difference a single letter makes.

Though both regions use the same Glera grape variety and, usually, the identical Charmat method (which the Italians call “Martinotti”), where the secondary fermentation happens in a pressurised tank, the similarities end there. In the Conegliano Valdobbiadene DOCG, yields are lower and there’s a much more specific focus on terroir. Overall production is less than a fifth of that of the DOC.

DOCG Prosecco’s prolixity isn’t confined to the name. Deciphering the verbiage and nuances of a typical label can also require knowledge of the various sub-zones. The name “Rive” denotes the steepest sites, while “Cartizze” – a form of grand cru – is reserved for just over 100 hectares of Valdobbiadene’s most prestigious plots: San Pietro di Barbozza, Santo Stefano and Sacco. There’s also “Sui Lieviti”, more commonly known as “Col Fondo”, a traditional, cloudy style of Prosecco, aged on its lees, that’s enjoying a resurgence.

Such wines are classified according to their sweetness – though the terminology doesn’t do much to help the consumer. “Extra Dry” is in fact fairly sweet, with up to 17 grammes per litre of residual sugar (RS), while “Dry” can go as high as 32 grammes. Traditionally, slightly sweeter styles were favoured, but “Brut”, at up to 12 grammes of RS, has become much more popular in recent years, and an “Extra Brut” classification was added last year, with six grammes or less, in a nod to the current fashion for zero dosage sparkling wines.

At the top end, awarded a prestigious gold medal for its Cartizze Dry Prosecco Superiore, Le Bertole is one of the region’s exemplars. With its mild microclimate and ancient soils of sandstone and clay, the wines here exude a teasing taste of terroir that’s a million miles from the perfunctory Prosecco found at the other end of the quality scale. 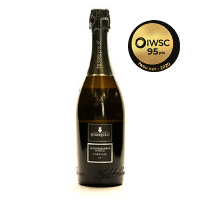 Elegant, attractive and balanced from the nose of yellow apple, pear and lychee. The superb combination of sweet and sour flavours on the palate gives a roundness to the finish and a reminder of how this style should be. Very easy to enjoy. 11.5% 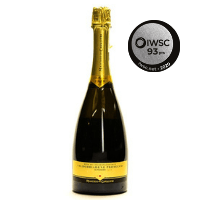 Ripe red pear, golden delicious apples and hints of dried herbs on the nose. A broader palate with a creamy texture and lemon and honey flavours, resulting in a long finish 11.5% RRP £13 from Drinks & Co 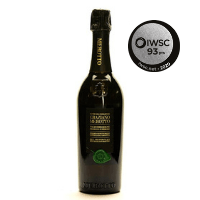 Expressive and floral with aromas of acacia flowers, apple blossom and a touch of honey. Yellow apple and melon flavours on the palate with citrus freshness. Rounded and beautifully balanced 11.5% RRP £20 from Drinks & Co 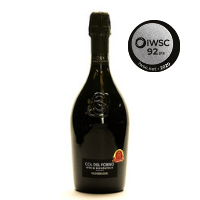 Aromatic nose with tinned pear, ripe red apple and quince. Intense flavours on the palate, real depth, freshness as well as a twist of bitter lemon to finish. A great example. 11.5% RRP £13 from Drinks & Co 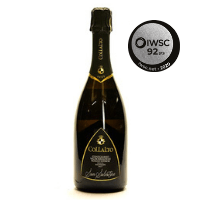 Floral nose of lemongrass and lime, leading to a riper palate with tangy fresh apples. Bright acidity with a long finish - a great example. 11.5% RRP £16.50 from Bottle Apostle 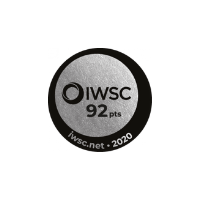 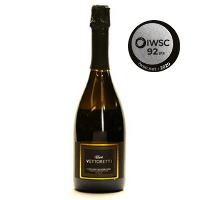 Clean aromas of yellow apple skin lead to a more fruitful palate of cooked apples and baking spices. Light, balanced and full of flavour. Delicious and a very good example of its type. 11.5% n/a in UK 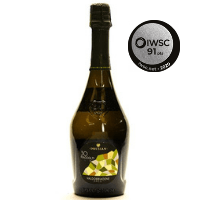 Lemon curd, fresh pear and golden apples combine with spring flowers and a touch of honey. Fine and delicate. 11.5% n/a in UK 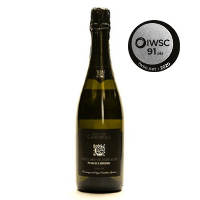 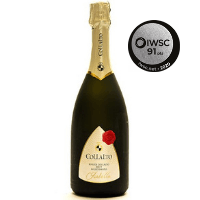 Yellow apples and pears with a hint of tangerine and white pepper. Fine mousse and concentrated orchard fruit flavours; an elegant style with long and refreshing finish. 12% RRP £20 from Tannico 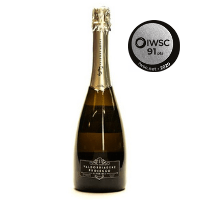 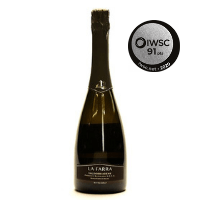 Rich, deep nose of rustic apples and custard. It has a generous, zingy fruit palate. Juicy melon, pear and citrus are offset well with a pleasant earthy hint. 11.5% n/a in UK 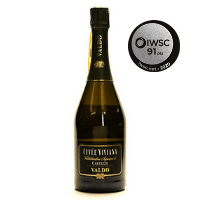 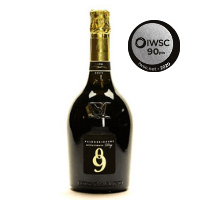 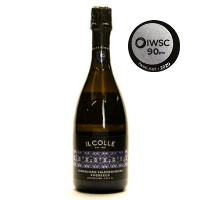 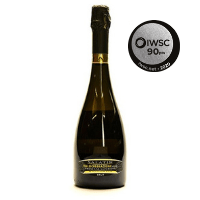 From the hills of NE Italy this has a beautiful depth of flavour, with bright, elegant peach and watermelon followed by subtle nuances of almond slivers, musky rose petal and an enchantingly delicate mousse. 11% n/a in UK 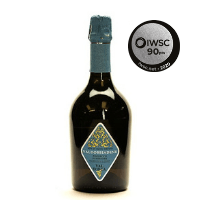 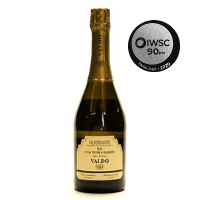 Ripe pear and apple with citrus blossom and hints of lemongrass. Fresh, elegant and well balanced 11.5% RRP £17 from Tannico