Wine in cans - future or fad? 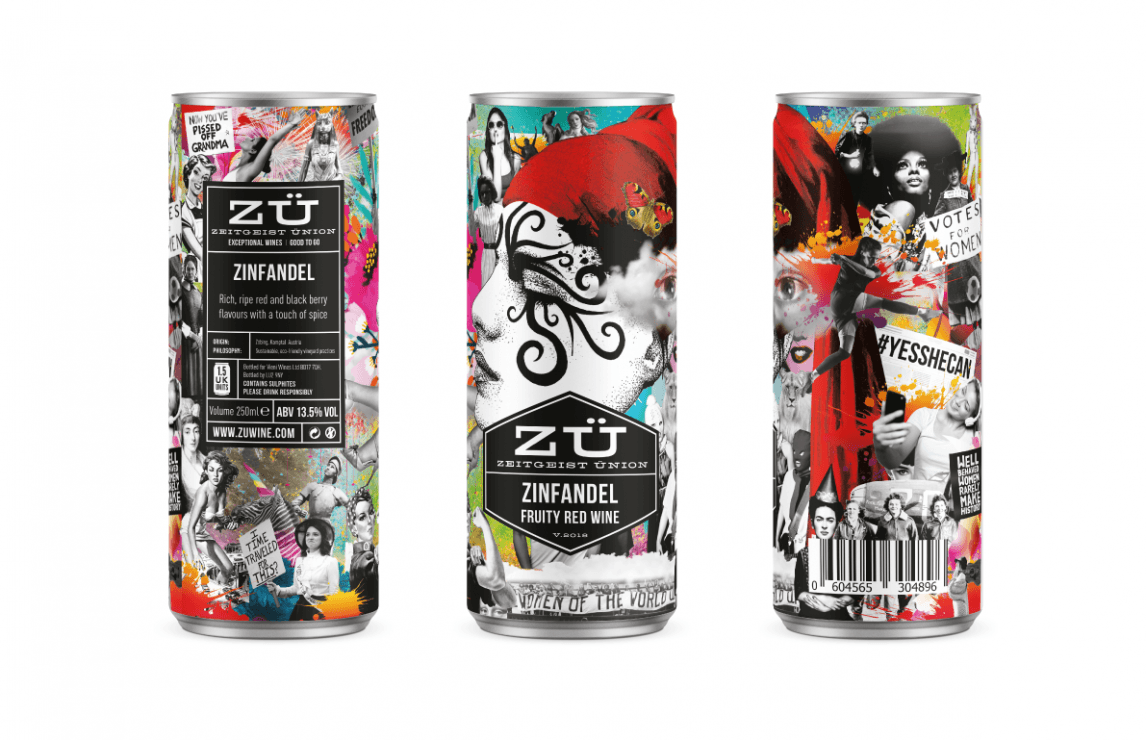 With the Prince of Wales calling on major corporations to appoint Chief Sustainability Officers as a matter of course, sustainability is likely to be THE big issue of 2021, from travel and tourism to fashion and farming. So when are wine producers going to catch up?
When it comes to sustainable packaging, it’s not that wine is behind the curve – it hasn’t even got its boots on. Nearly 20 billion glass bottles of wine are sold each year, frequently sealed with bits of bark. Just three wine-producing countries – Germany, France and Italy – account for a third of all glass bottles sold worldwide, a figure which rises to almost two-thirds in Western Europe. In the average 12-bottle cardboard case of wine, the packaging, in its entirety, accounts for more of the weight than the wine. And with an empty bottle weighing between 400g and a kilo, the impact on the environment when it comes to shipping is huge.

With all our ingenuity, it seems incredible that we haven’t yet come up with an alternative. Indeed, we’ve actually gone backwards. Just over 100 years ago, almost all exported wine was shipped in bulk and bottled at the point of purchase; bottles were expensive and would naturally be re-used.

Today there are dozens of alternatives to glass: cans, flat bottles, paper bottles, bag-in-box. Absolut Vodka and Carlsberg lager have just released their first paper bottles; Champagne Ruinart has spent millions on its “second skin” paper sleeve (so stylish it was even featured in hipster bible Wallpaper*) which obviates the heavy gift box which has always been de rigueur for prestige cuvée Champagne. Bullards Spirits of Norwich has sold 3,000 of its “bottles for life” across a range of its gins – once you’ve bought your gin, you can order a one-litre refill pouch (which is cheaper than the bottle) which fits through a letterbox and is later collected by the company for recycling. And there’s now a clutch of different wines in cans on the market: UK supermarket Waitrose is keen to expand its Igo range of 25cl canned wines made by the celebrated Rioja producer Artadi; buyer Marien Rodriguez says she can see canned wine getting “even stronger” in the future. Winemaker Belinda Kleinig of competitor Marks & Spencer says, “Wine pouches have definitely gone up-market.” 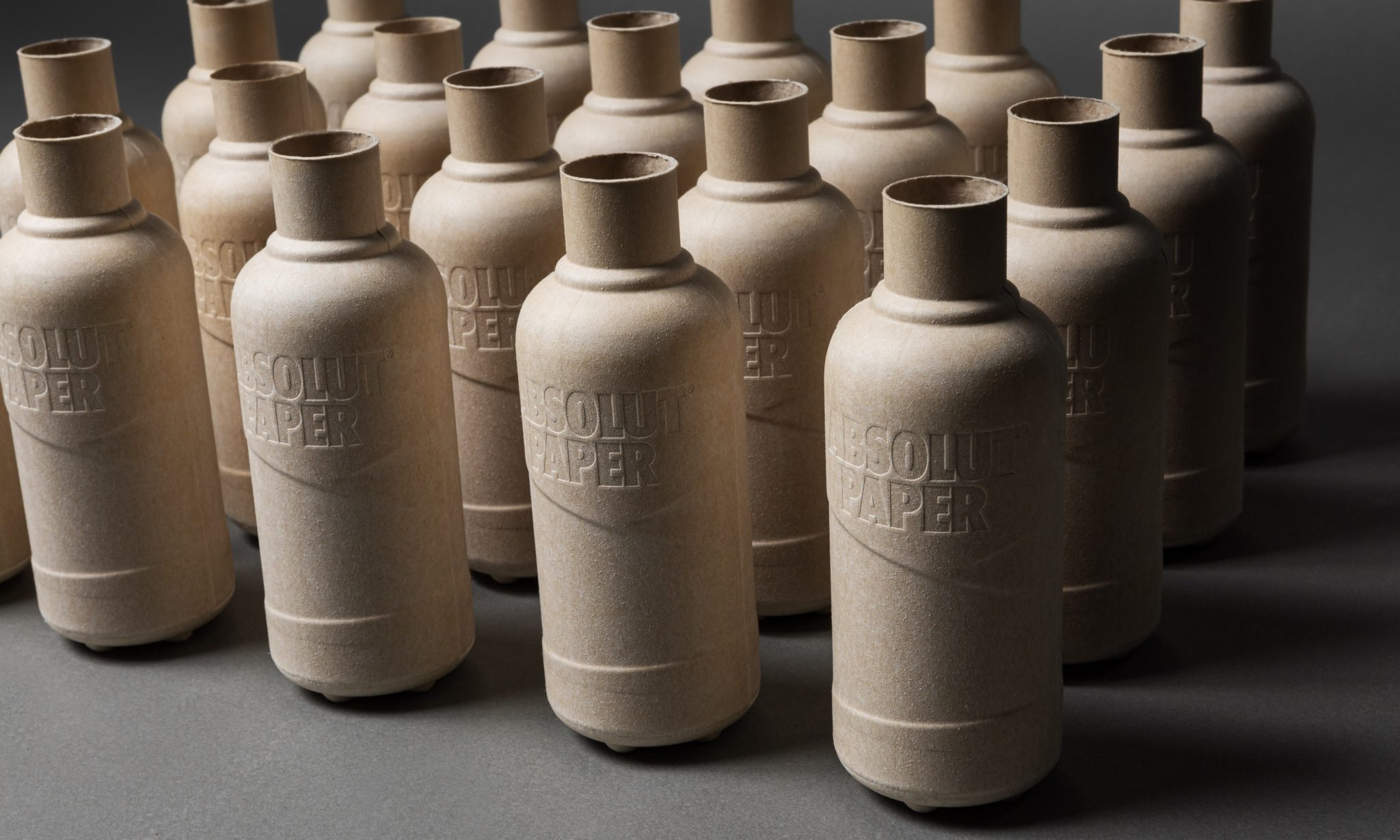 Test paper: Absolut's new bottles, rolled out last month, are made of paper and plastic are being trialled on the public with Absolut Vodka and Absolut Mixt
If you’re coming at this from a purely environmental angle, that all sounds rather encouraging. So what’s the problem?

The fact is, the UK still lags far behind other countries, notably the US, when it comes to creative packaging. “The wine market is stagnant in the UK; there’s no creativity,” says Kevin Shaw of design company Stranger & Stranger, which he established in London 26 years ago before decamping to California. “We do a ton of wine designs over here but very little in the UK. The system is too constrictive. We’ve come up with one innovation in the last few hundred years: screwcaps.” Commentator Robert Joseph puts it down to snobbery. “The UK wine world is very conservative. We don’t want people to like certain things that we consider not quite up to the mark – like Pinot Grigio and Prosecco, though we have to live with those.”

But we are seeing more wine in cans – you mentioned Waitrose, for example

There are plenty – and they sell, given the right conditions. Take the Château Léoube Le Petite Rose sold through upmarket farm shop Daylesford. Léoube managing director Hubert Zeimatt reports that it has sold 8,000 cans since the beginning of October, adding that it suits what he calls the “nomad lifestyle” (basically, posh picnics). The Canned Wine Co in the UK sells attractive 3-packs of old-vine Grenache, Grüner Veltliner and a rosé, the cans embossed, and with a classy matt-paper feel. Zeimatt did the same. “We’re very proud of our design,” he says. “We don’t want to compete with beer so we’ve retained our paper label, which is matt and is warm to the touch – it’s meant to be totally different to beer or Coke.” 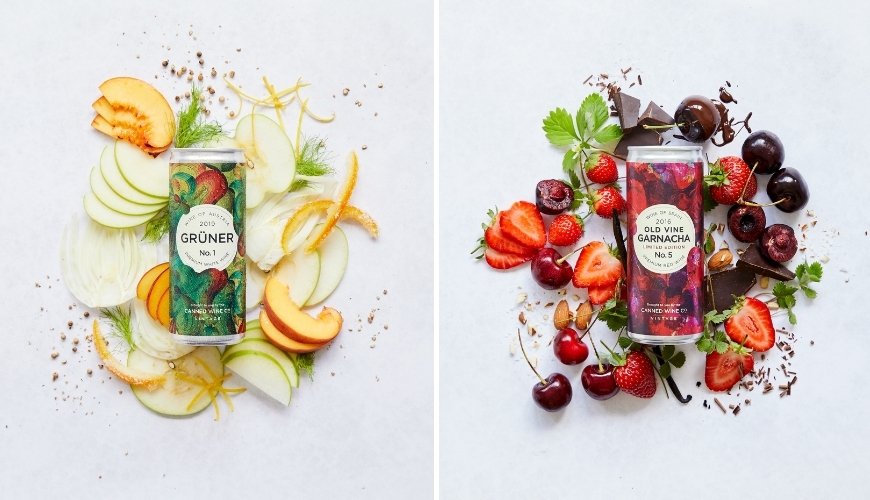 That’s fine for middle-aged, middle-class lockdown picnics, but what about the younger demographic?

There are a few brave souls trying to get UK youth interested in wine. Take Karen Hardwick of Zeitgeist Ünion (note the umlaut) whose Zü Grüner Veltliner can art, designed by Danny Harrison, is arguably the coolest on the market. “We were all prepared to hit the festival circuit in 2020,” Hardwick said. That didn’t happen (all 8,000 cans were donated to the NHS). Nevertheless she’s convinced she has a product that will work, and is already planning to buy 1000l each of Grüner Veltliner, California Zinfandel and a rosé – possibly from Rioja.

But aren’t most wines in a can pretty basic?

That’s just where the cannier operators sense opportunity. “Our aim is to make premium more accessible,” says Simon Rollings of the Canned Wine Co. “The concept is that you can have a £20 bottle for about £6 in a can.” He agrees with Hardwick that selection is key – he favours aromatic varieties like Gruner Veltliner, Grenache, Viognier, Roussanne and Gamay, which tend to show better in a can than heavier, fruit-forward wines, which can come across as far too intense and concentrated.

This sounds more complicated than putting lager in a can…

There are dozens of factors to be taken into account. For a start, wine tastes very different depending on whether you’re drinking straight from the can or pouring it into a glass (if the former, it has far less exposure to oxygen so it’s brighter and richer, and any tannin is softened). Hardwick and her partners thought about texture very, very carefully. “The sensory aromas are heightened so that it tastes good out a can – it would be rather too rich out of a glass.” As a result softer, more aromatic wines work best. The essential thing is not to “put rubbish juice in a can as that will kill the market,” Rollings says. 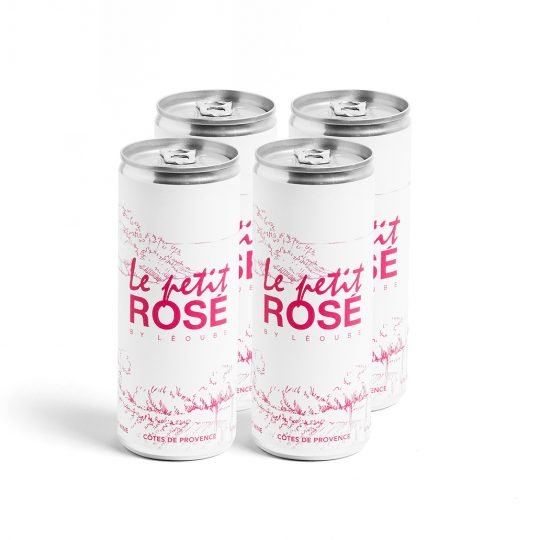 Le Petit Rosé: 8,000 cans sold since the beginning of October

This all sounds pretty dynamic. What’s the US doing that’s so much more exciting?

It’s probably just the effect of having a vastly bigger market – and also that in the UK we’re always a few years behind. In the US there is “constant innovation”, says Shaw. “There is always crossover between sectors like perfumes and spirits – and now we have cannabis, which has been a revelation in terms of innovative, different products – like $100 chocolate.”

And what about wine?

It still lags behind, but companies like the huge Ste Michelle Wine Estates, which owns wineries across Washington State and California, including the venerable Stag’s Leap Wine Cellars, is keen on cans. “It’s when we realised wine didn’t have to be exclusive and aspirational but inclusive and accessible that we saw the possibilities,” says Ste Michelle’s Ryan Pennington. The group’s 14 Hands cans (now the 6th biggest canned wine in the US) opened all sorts of doors: “It allowed us to introduce the brand to people who might never have seen it, and who learnt to enjoy it.”

Isn’t the reason that wine in cans is so slow to catch on that cans are so closely associated with beer? It still seems very odd to be snapping the ringpull on a can of Grenache

There is definitely a “cognitive dissonance” as Randall Grahm suggested. The former owner of Bonny Doon (he sold the renowned California winery a year ago) experimented a couple of years ago with a Grenache blend in a can. “We couldn’t make any money,” he told us. “It was very hard to get distributors to embrace it.” As a consequence, it seems unlikely for now that we’re going to go much beyond the “posh picnic” level with cans. Bottles sealed with natural cork are very, very efficient for ageing wines, the glass being totally inert and non-porous, the cork allowing minute amounts of oxygen into the wine. But technology might catch up. “When we can find a package that allows oxygen ingress in the same way, who knows how the industry will react?” asks Pennington. We might one day see Stag’s Leap in something other than a bottle, he teases. Rollings of the Canned Wine Co agrees: “The opportunity for cans is at the premium end – they allow people to discover more wine without the risk of buying a whole bottle.” 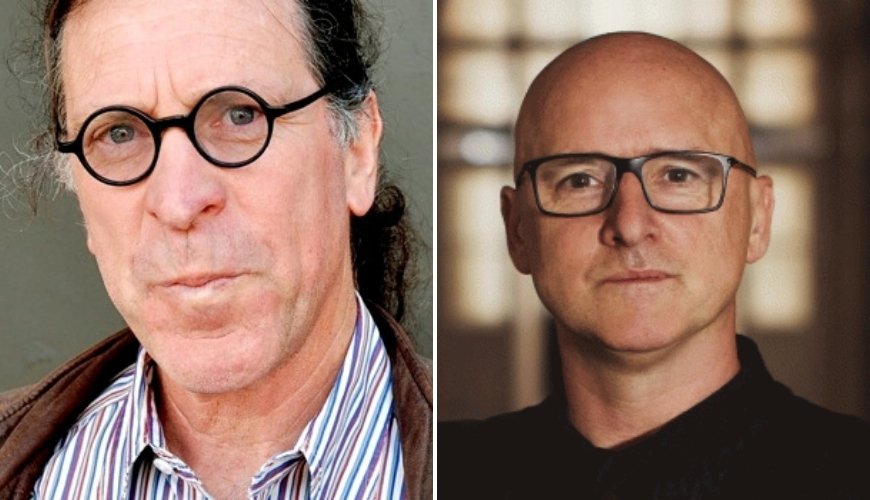 So should we get used to the idea of drinking young, cheap and cheerful wine from a can? Or are a lot of very enthusiastic entrepreneurs going to lose their shirts?

The world is unpredictable at the moment. The pandemic has created opportunities in thousands of ways – bag-in-box wine has boomed, for example. The great advantage of cans is their portability and suitability for outdoor events, which are likely to boom when life returns to normal. On the flip side, wine is a very conservative business.

“[Cans] don’t take off in the UK because people don’t want them to,” says Joseph. “We have groomed customers to want wine in 75cl bottles sealed with a cork. We kind of got behind the screwcap, but putting wine in a can is a leap too far.” But he offers a glimmer of hope with an example of how good ideas can sit around for years before we suddenly realise how useful they are. “Look at QR codes. They never took off here as they did in Asia, but COVID has introduced a whole new generation to them. We’re beginning to look at things we’ve never done properly before, and find ways of making them work.”