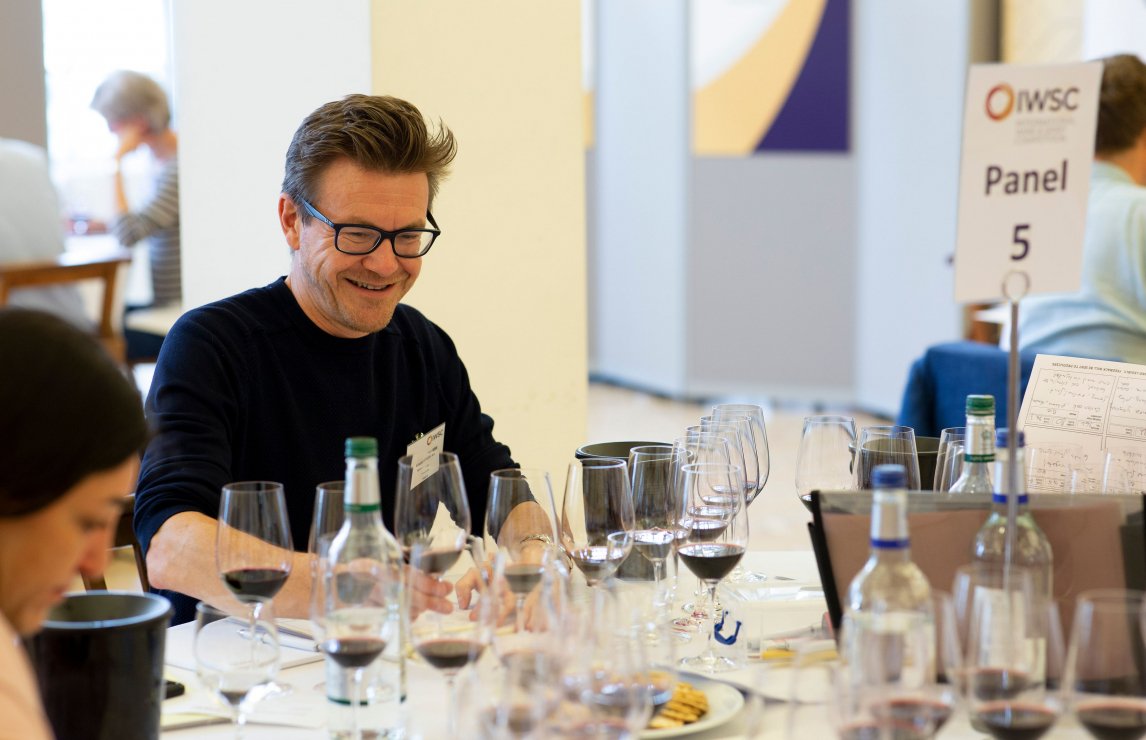 IWSC wine judge Alistair Cooper MW assesses the first round of this year’s wine judging, and the trends, highlights and emerging talent of 2020

August would normally see most of us sunning ourselves on scorching European sands. Not this year, as instead of sipping pale pink roses on the beach, many of the world’s leading wine experts were busy assessing the IWSC’s Northern Hemisphere entries in London’s Chinatown (the Southern Hemisphere wines will be judged next month).

To say that 2020 has been a challenging year to organise a wine judging event involving thousands of samples would be something of an understatement. I should say first of all, then, that it is testament to the resolve and determination of the IWSC team that this year’s awards have not only gone ahead but have done so with such seamless aplomb. The resultant opportunities for wineries to successfully commercialise their wares will no doubt be increasingly valuable given the current global backdrop.

The eclectic breadth and depth of experience and wine knowledge among the gathered judges sparked stimulating discussion and debate during the typically rigorous judging process. Panels of three judges formed tasting teams for the day and were all given information on each wine spanning grape variety, provenance and alcohol levels but, importantly, excluding price. Each day normally focused on either a specific country or region and was split further into logical flights. These flights are carefully ordered so as to minimise palate fatigue, and unlike at other awards, numbers of wines are capped at 65 per day. Each flight is appraised by all of the judges individually and without discussion, scores are recorded and notes are taken. Then at the end of each flight, scores are compared and each wine is discussed by the panel. 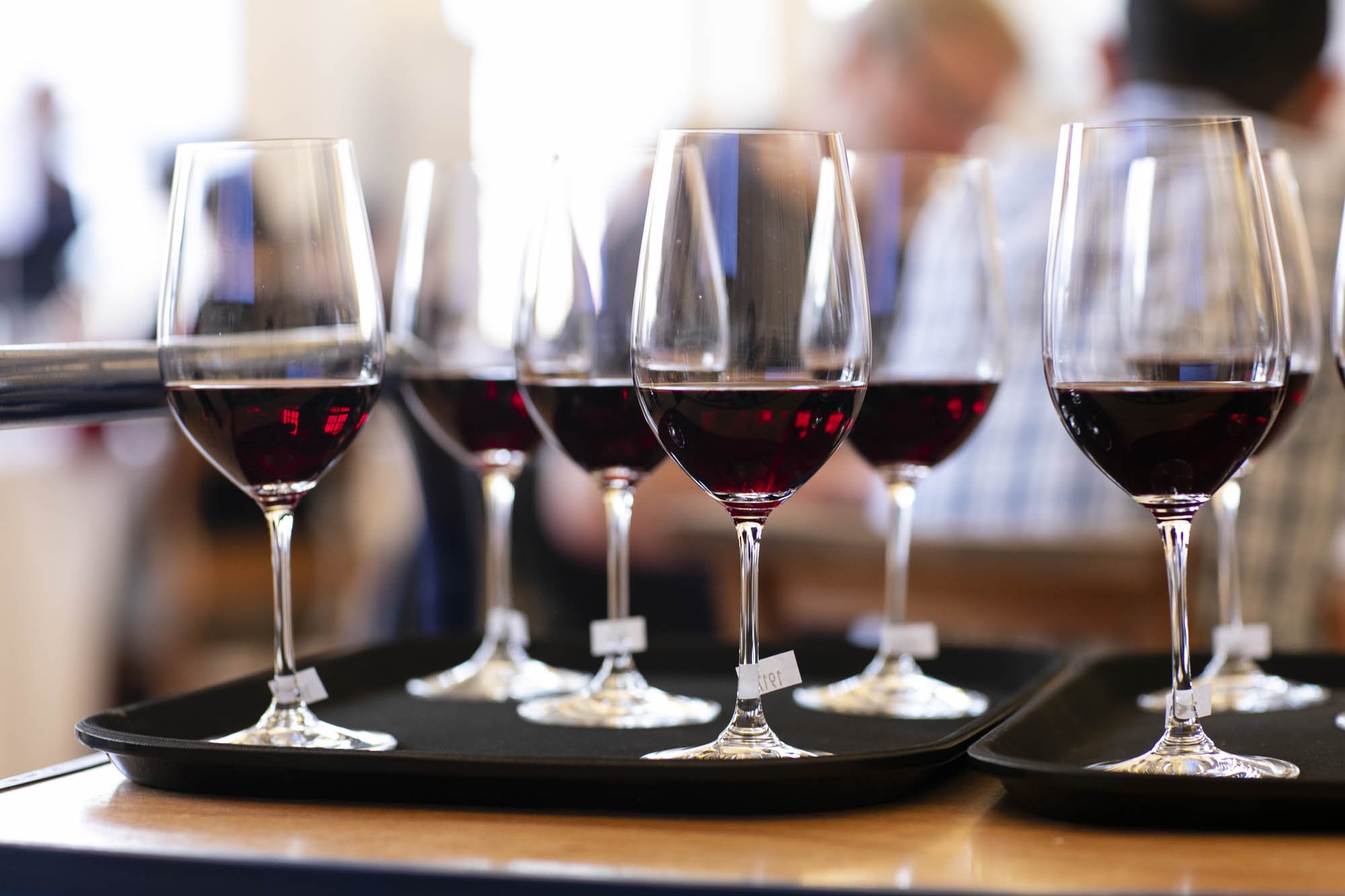 This is the crux of the judging process. We are not there to choose personal favourites, but rather to subjectively analyse the wines. It is possible to overlook an intrinsic quality in the wine without considered discussion among the panel. So verdicts are evaluated, cases made, and a score and possible medals are given. A member of the Wine Judging Committee oversees each day’s proceedings and tastes any wines that panels may disagree on.

This year’s judging threw up some intriguing and encouraging results, with certain countries and styles of wine really shining. In total an impressive 2,839 medals were awarded, of which 1,962 were bronze, 776 silver and an elite 101 gold.

Canada was one of the most enlightening and positive regions tasted, with an exciting haul of 172 medals in total, including nine golds. What was evident was the diversity of styles, grape varieties as well as regions (especially British Columbia and Niagara Peninsula) that performed well – no longer is Canada just about ice wine. Tantalising fresh and linear cool climate Chardonnays such as the impressive 50th Parallel 2018 from the Okanagan Valley really stood out. Alongside this, to see Cabernet Franc, Syrah and Merlot all expressing clear typicity as well as a genuine sense of terroir was impressive. Mick O’Connell MW, a member of the wine judging committee, also acknowledged Canada’s performance: “It was great to see the overall standard of Canadian wines, and I’ll certainly be paying more attention to these wines from now on. There are some truly exciting things happening there.”

Another cool-climate success story was England, via its high-voltage, genuinely thrilling sparkling wines. The country’s producers are now firmly on the global map as one of the most exciting and progressive sources of traditional method fizz. Special mention goes to Kingscote and Langham for their 100% Pinot Noirs, which scored 97 and 96 points respectively. Other noteworthy medal-winners included Harrow & Hope and Gusbourne Estate. The excitement and buzz among the burgeoning UK wine industry is palpable and rightly so. It seems that the sky is the limit and superb wines are being crafted in many different areas including West and East Sussex, Kent, Hampshire, Buckinghamshire and Dorset.

Dirceu Vianna Junior MW, another member of the wine judging committee, shared a few overall thoughts: “A real point of interest was the number of unusual wines that received high scores,” he said. “It was great to see indigenous grapes from Greece, such as Xinomavro and Malagousia, and Moldova’s Viorica achieve high marks.” By contrast, he added, “While the general quality of wines produced in Portugal is high, I was disappointed not to see more medals. Italy also failed to shine. Yes, there were some solid wines, but I’m sure both countries can do much better.”

Echoing Vianna’s thoughts, Moldova was for me a minor revelation, with 57 medals coming from both indigenous grapes such as Feteasca Neagra and Viorica as well as international varieties including Merlot. And while Prosecco sales continue to soar and some good examples were tasted, I would like to see producers up their game and emphasise freshness and drinkability in the wines.

O’Connell was impressed with the entry-level wines on show. “Thankfully we are seeing less wines that are trying to cover up flaws with sugar or wood, and this brings the overall standard up,” he said.  “There were plenty of delicious, simple and easy wines and some real excitement from almost every region that we judged.”

I second these thoughts. With such a good standard across the board, it sets the bar pretty high for the forthcoming Southern Hemisphere tasting sessions. What energizes judges is finding those hidden gems, while constantly learning and discovering both new wines and established favourites. I look forward to more of the same next month.