The Urquhart family name has been a fixture in the world of Scotch whisky for over 120 years, when John Urquhart became one of their first employees of the Elgin grocery store founded by James Gordon and John Alexander MacPhail.

The company grew to become one of the most respected names in the world of whisky, working alongside Scottish distillers to bottle their wares for sale, at a time when the majority of single malt was destined for blended Scotch. Michael Urquhart, John’s grandson, joined the business as finance director in 1981 and, as Gordon & MacPhail, it is today one of the most renowned independent bottlers – and still run by the Urquhart family.

“Traditionally our business was quite local,” Urquhart says. “We did some work with the likes of Fortnum & Mason and Harrods, selling bottles of single malt whiskies, and my late brother David was responsible for growing UK sales. Thirty years ago,there was an interest in single malt whiskies, but there wasn’t the range out there that there is today.”

This is where Gordon & MacPhail found its biggest opportunity, Urquhart recalls: “In the late 1980s there was a growing interest in New World wines, as people understood what different grape varieties meant; the same thing was happening with single malt Scotch.”

By the early 1990s Urquhart had taken on the role of international sales director; a role that made him appreciate that no single sector in the world of drinks is an island, but rather an ecosystem where wines and spirits support each other.

"Because there is a huge similarity between specialist wine and single malt whiskies, we tended to partner with specialist wine companies around the world for sales and marketing,” Urquhart says. “It’s all about understanding the style of the whisky, the style of the cask, and the age; people who know wine understand this.” Building this tight-knit relationship with the wine trade helped to secure a solid future not just for bottles carrying the G&M name, but for single malt Scotch as a whole.

Urquhart retired as managing director in 2014 but stayed on the board at Gordon & MacPhail for another three years. During his time in the business, Urquhart oversaw the 1993 purchase and rebuilding of a lost Speyside distillery, Benromach (the company is today building a second distillery, situated near Grantown-on-Spey in the Cairngorms). He also launched the oldest bottling of single malt Scotch ever to be sold: a Mortlach 75-year-old, ordered to be filled into cask in 1939 by Michael’s grandfather.

Despite his distance from the day-to-day business, the future also excites Urquhart. “These days, Scotch whisky is all about quality,” he says. “We continue to fill casks with spirit from a number of distilleries around Scotland, some of which won’t be bottled for generations. But it’s about ensuring that what is done today resonates for years to come And with the two distilleries, it’s exciting times!”

Decorated for his services to the whisky business, Urquhart was made a Master of the Quaich in 2012, presented with a lifetime achievement award by US magazine Whisky Advocate, and was the 24th inductee to the Whisky Magazine Hall of Fame. He is also an active Liveryman of the Worshipful Company of Distillers.

Outside of the world of drinks, Urquhart is a non-executive director of the National Theatre for Scotland, and has been involved in the Scottish Council for the Development of Industry. He is also Chairman of Business Assembly for the Moray Growth Deal, focusing on a £100m project for the development of the Moray and Elgin regions over the next decade.

“Retirement is a notional phrase, but I’m delighted to be able to give back,” he says, adding that he is “humbled and honoured” to be asked to take on the role of Chairman of the IWSC.

“The IWSC has such a great reputation and credibility within the market and I’ve been fortunate to see how it has grown in the last 50 years, covering wine and spirits all over the world. I’m looking forward to being involved with it throughout the year,” Urquhart says. 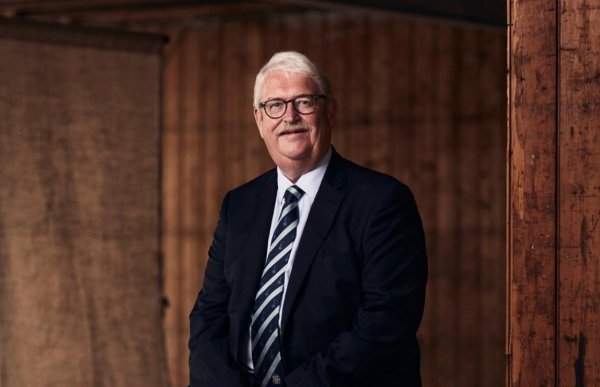