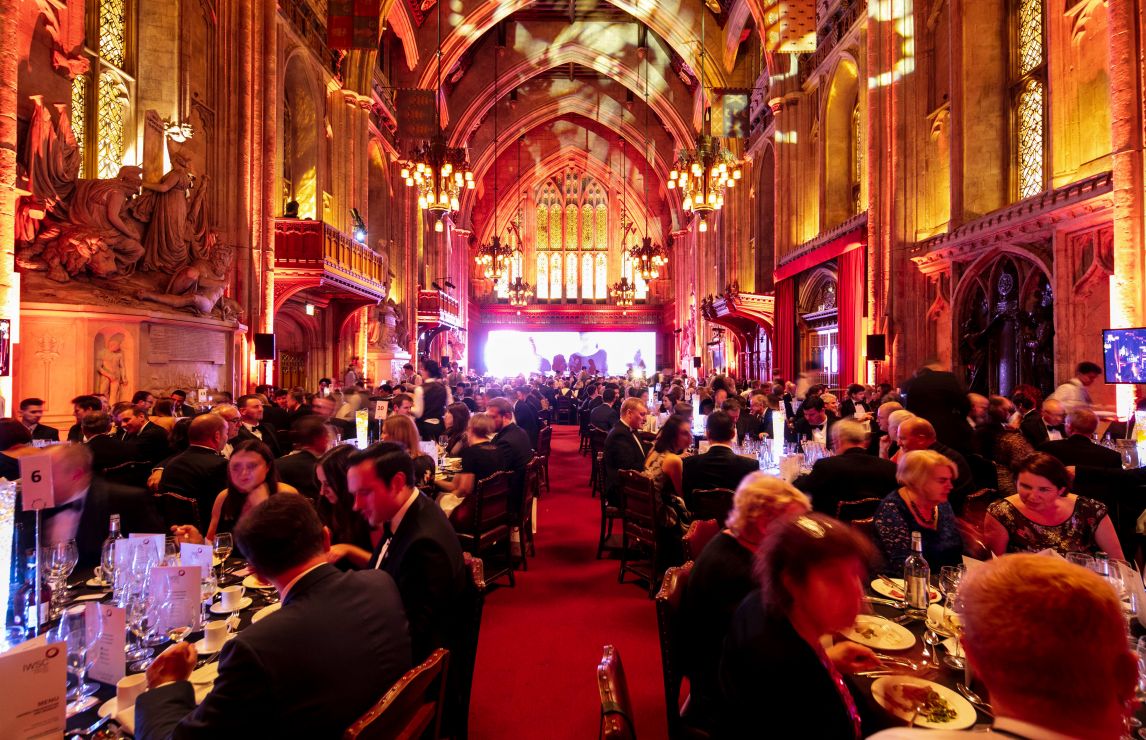 As the year draws to a close, here at the IWSC we’re busy gearing up for the biggest event of the year: our 50th Anniversary Awards Banquet. Held annually at the historic Guildhall in the City of London, the gala dinner is a celebration of the world’s best wines and spirits.

As well as all the usual treats – including a tasting of 500 gold medal-winning wines and spirits, a five-course feast paired with trophy-winning wines, and special gin and baijiu bars to extend the party into the early hours – guests at the banquet will enjoy a series of new initiatives in celebration of the IWSC’s 50th anniversary this year.

From specially crafted celebratory drinks to unique awards, our 50th Anniversary Awards Banquet is set to be one to remember. And don’t forget – if you can’t make it in person, the awards ceremonies will be livestreamed on Facebook for the world to see. Be sure to follow the IWSC Facebook page to get a notification when the broadcast starts.

In celebration of 50 years of the IWSC, five of the world’s best master blenders and distillers have joined forces to create a limited-edition blended malt Scotch whisky.

Richard Paterson of Whyte & Mackay, Dr Bill Lumsden of Glenmorangie, David Stewart of William Grant & Sons, Caroline Martin of Diageo, and Kirsteen Campbell of Edrington each contributed 20 bottles of whisky from their respective companies. The anniversary whisky has been ageing since June, and guests at the IWSC Awards Banquet will have the opportunity to try it for the very first time.

“The anniversary blend is a great assemblage, and to me it encapsulates what blending is all about. It’s a celebratory, luxury drink,” said Paterson, who will be in attendance on the night to present the whisky alongside his peers. 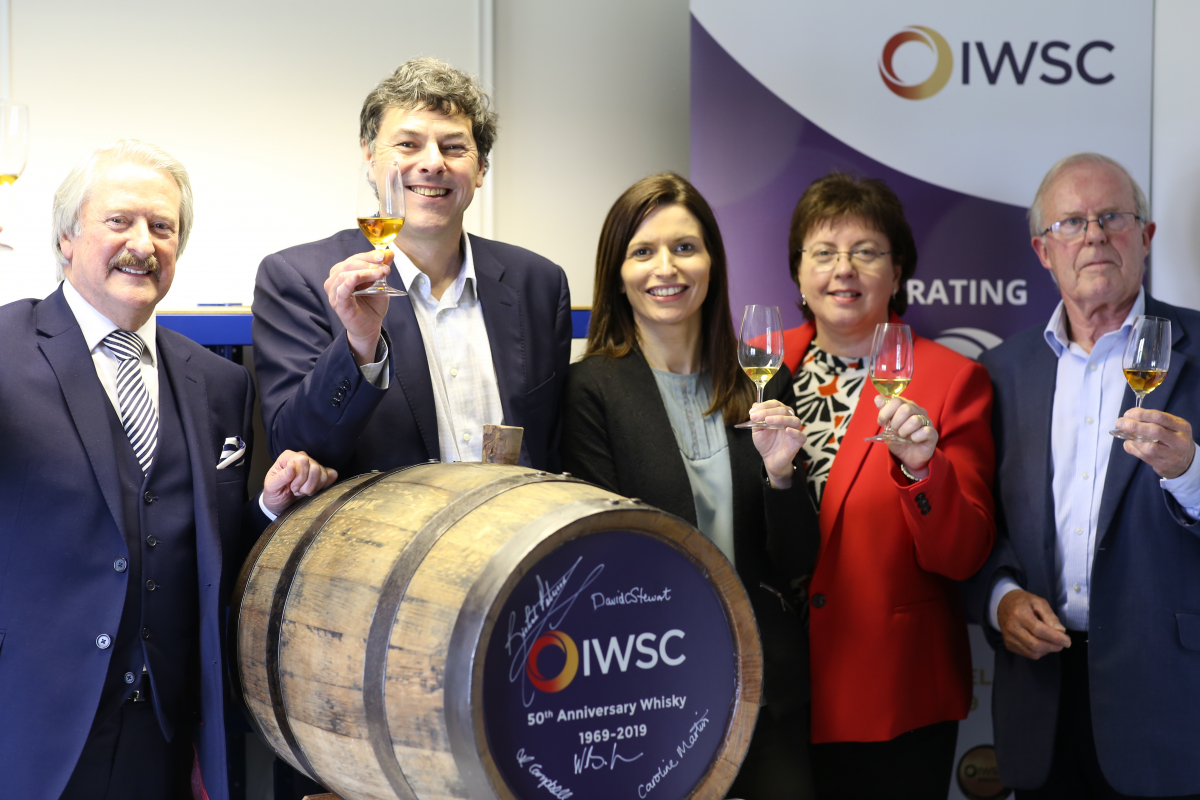 Also in celebration of the 50th anniversary, the IWSC and WSET Future 50 lineup will be unveiled for the first time at the Awards Banquet.

The Future 50 is a new initiative created by the IWSC and WSET in recognition of their joint 50th anniversaries, and will recognise and reward fifty up-and-coming stars of the global drinks industry. Over 600 nominations were received in the first round of judging, and the final listing will be revealed during the awards ceremony on 28 November.

Alongside the new Wine Discovery Trophy – sponsored by Prowein and awarded to Chinese winery Ningxia Jade Vineyard – and the Own-Label Range Trophy – awarded to Lidl for their quality range of wines and spirits – the IWSC’s two top awards will also be slightly different in recognition of the anniversary year.

“In recognition of the 50 years of the IWSC, this year we are awarding these prestigious trophies to producers who have not only achieved this year, but consistently throughout the competition’s history,” said IWSC head of tastings Pip Mortimer. 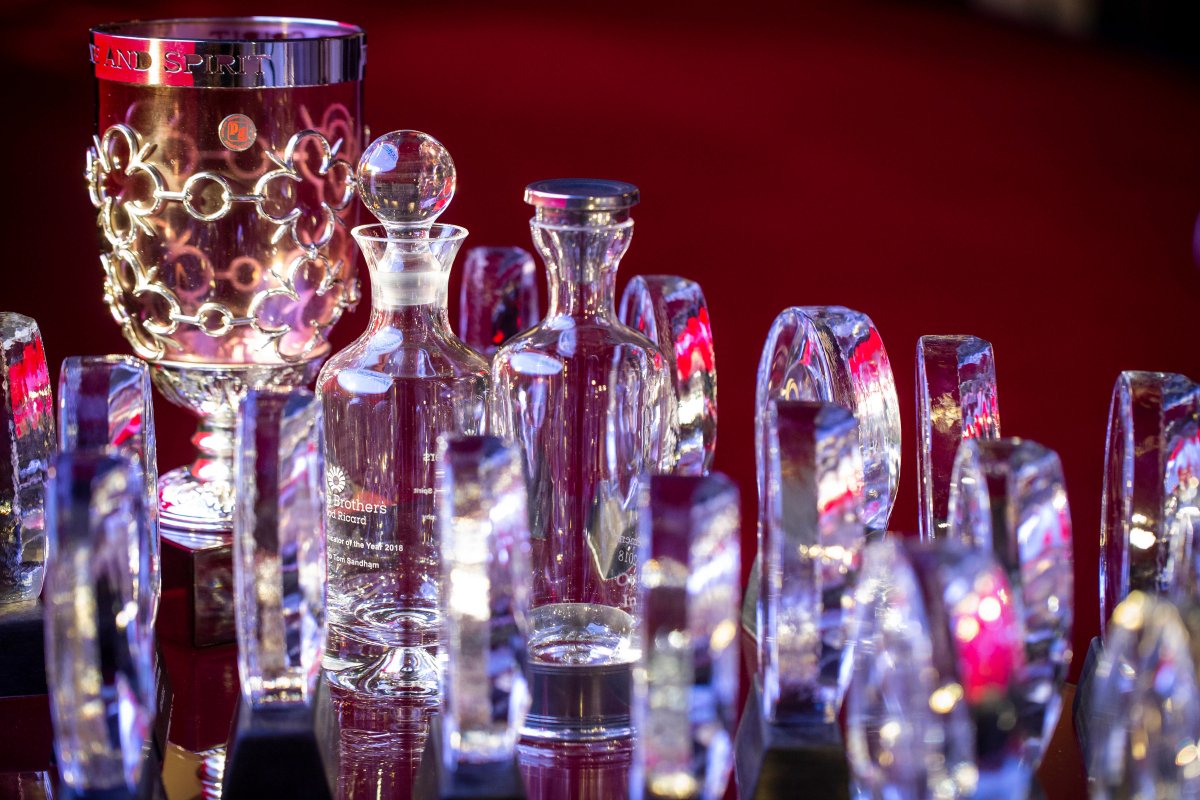 “We are thrilled with the generous collaboration with Pongracz to celebrate 50 years of the IWSC,” said Mortimer. “The greatest of the South African sparkling wines is a fitting way to celebrate this long-standing relationship with one of the world’s great wine producing regions.”

Guests at the Awards Banquet will be the first to receive the new, fourth issue, which features articles on leading Italian wine producers Frescobaldi and Ferragamo, the unconventional distilleries of Denmark, and an extensive expert tasting of 2010 white Burgundy, Hermitage and St Joseph, Shafer Hillside Select, and rare whiskies.

The IWSC Awards Banquet returns to Guildhall, City of London, for our annual celebration of excellence in wine and spirit making on Thursday 28 November. If you’d like to attend, it’s not too late – simply email info@iwsc.net to request a ticket.