Brexit and the IWSC – how will I be affected? 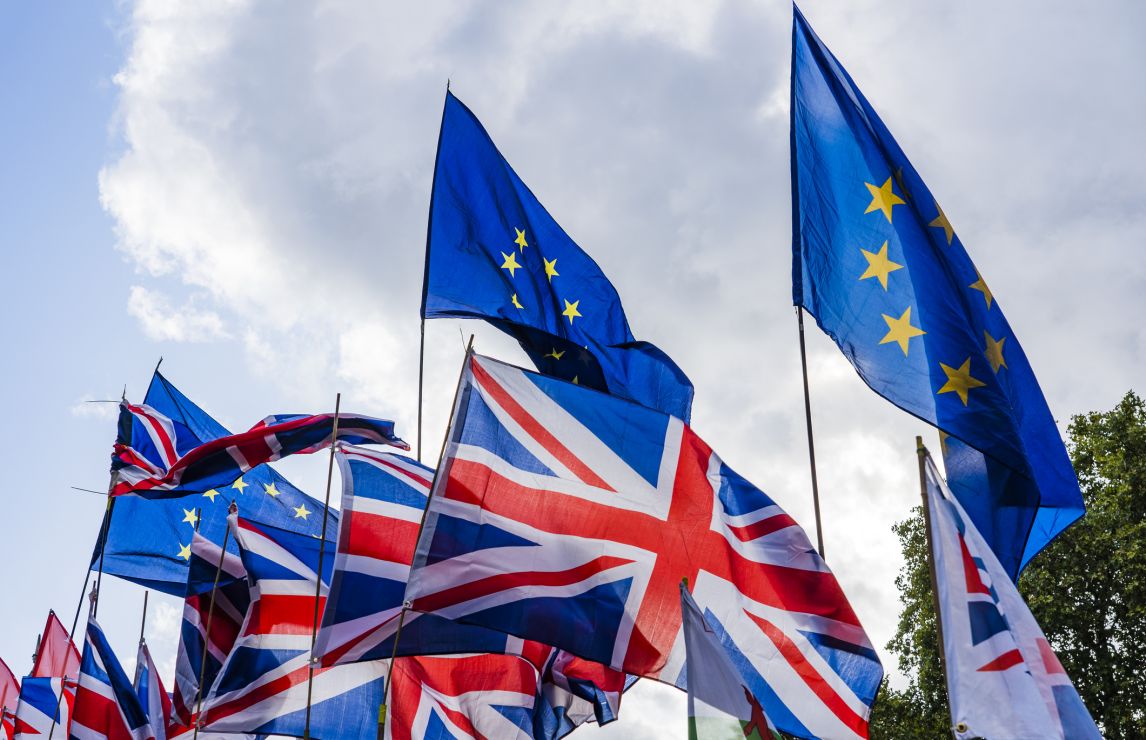 Brexit has officially happened – so what now? We’ve got you covered with this expert guide to getting your bottles in front of our judges.

A deal was struck in the end, and the UK departed from the European Union at 11pm on 31 January.

Trading rules won’t change during the ensuing transition period, which runs until the end of December 2020. What happens next will depend on the UK’s trade negotiations with the EU and others.

No matter the outcome, IWSC will ensure the process for entering your wines or spirits is as seamless as ever, whether you’re inside or outside of the EU.

Brexit is unlikely to end Britons’ long-running love affair with wine, and the UK remains comfortably the world’s second biggest wine importer in both volume and value terms, even if consumption has dipped slightly in recent years.

Miles Beale, CEO of the Wine & Spirit Trade Association, said that greater flexibility on trade and wine rules could even see the UK overtake Germany as the world’s biggest wine importer. ‘The wine and spirit industry must embrace a brave new world of trading,’ he said.

Still, leaving the EU will require the wine trade to adapt to new systems, regulations and ways of working.

There is uncertainty around the implications of the UK failing to agree trade terms with the EU by the end of the transition period, and how quickly any new customs systems could be put in place.

However, many merchants and importers now have experience of preparing for different scenarios, at least. When no-deal was still a possibility late last year, Michael Saunders, CEO of major UK distributor Bibendum, told IWSC he was confident the business “will be able to continue to support both our suppliers and customers, irrespective of the political outcome”.

Here is our guide to some of the key issues, plus advice for entrants to IWSC 2020, which opened on 2 December.

How easy is it to send wine to the IWSC after Brexit?

A transition period means that all EU trading rules still apply as normal until the end of 2020. The UK government has legislated to rule out an extension to this period.

Brexit doesn’t affect the process at IWSC, which still offers consolidated shipping for a one-off fee, excluding VAT, via Hellmann Worldwide Logistics. Entrants can submit wines and spirits in person to IWSC teams at major trade shows, including Prowein and Wine Paris.

You can also submit wines and spirits via your UK distributor or directly yourself, although in this latter case you will be responsible for all costs, taxes and duties.

What happens after the transition period and how can I prepare?

That doesn’t affect your IWSC 2020 entries, but contingency planning is still worthwhile. And remember that, even if a free trade deal is agreed with the EU, there may be new customs and import procedures to follow.

While it’s too soon to make specific plans, you should:

You can expect to hear more about this in 2020.

The European Excise Movement and Control System (EMCS) tracks the movement of alcohol across the EU electronically, reducing the need for border checks. You will likely see short-term disruption at ports if the UK loses access, according to European wine trade body the Comité Européen des Entreprises Vins (CEEV). Access will be part of trade talks between the UK and EU this year.

The WSTA said that maintaining UK access to EMCS was a ‘priority ask’ for the trade body in the short-term. However, it also believes that the UK could create a more ambitious system that would track wine and spirits imports from all over the world, and also include the relevant food safety information. Preliminary discussions have taken place with HMRC and government officials.

How will different EU and non-EU countries be affected by Brexit?

The WSTA has called for zero tariffs on all wine imports.

Regarding EU wines, the WSTA said the new UK government has reaffirmed a commitment to suspending the need for VI-1 regulatory certificates for nine months in the event of no trade deal. However, the UK government has also signalled its willingness to diverge from EU regulations, which may impact cross-border trade in future.

Non-EU countries shouldn’t see too much extra burden, because “all of the most important deals for wine imports from third countries have been rolled over,” a WSTA spokesperson said in late 2019. Some non-EU wine producing countries may even benefit depending on the content of any new trade deals with the UK.

For now, the UK has agreed deals with several countries to mirror their current EU trade agreements in the short-term. Chile and South Africa are covered, for example, as are the EEA nations of Norway and Iceland. See the progress of deals here.

Mutual Recognition Agreements (MRA) with the US, Australia and New Zealand, which cover labelling and winemaking practices, have also been signed. Discussions with Japan were ongoing, but the two sides have agreed to continue existing EU trade rules. In addition, the UK may become more flexible on winemaking rules and methods.

The WSTA said it wanted the UK to drop ‘clunky and outdated’ EU rules, but it’s early days. (See WWTG in Glossary below).

How much more do I have to pay to enter my wines to the IWSC?

Fees are unaffected by Brexit; online entries for IWSC 2020 cost £140 per entry plus VAT, while offline entries cost £160 plus VAT. This is a minimal increase.

You can also send fewer samples in 2020. You must send three samples of a particular wine or saké per entry, versus four previously, and two bottles of spirits or vermouth, versus three previously.

How much more will it cost to send my wines to the UK?

For IWSC, consolidated shipping fees have increased slightly to £53 per entry for wine, saké, vermouth and no/low alcohol drinks, and to £80 per entry for spirits.

If you opt for the bottle collection service at trade shows, the cost will be £26 per entry for wine, saké, vermouth and no/low alcohol drinks. It will be £60 per entry for spirits. These prices include duty but not VAT.

Outside of competitions, it’s hard to say at this stage what will happen from 1 January 2021. It’s worth remembering that duty tax and exchange rates will also play a role.

How much more form-filling is there on top of the IWSC form?

IWSC entry forms are not affected by Brexit.

What is a UK Economic Operator Registration and Identification Number (EORI) and how do I get one?

This is a unique, 12-digit ID for companies to use on customs declarations. It’s free to obtain and you can apply online. Importers will need one issued by the UK government – starting with ‘GB’ – to declare arriving goods from 1 January 2021.

EU exporters won’t automatically need a UK EORI number as well as their European one, according to the British government. But, both would be needed if an EU exporter was shipping to its own subsidiary in the UK, or the sales contract specifies that the exporter is responsible for all customs declarations.

An EORI number that starts with ‘GB’ will be needed to apply for HMRC’s “transitional simplified procedures”, which could be used if there is no EU trade deal.

What is the difference between sending wines or spirits to the IWSC?

Differing UK duty rates for wines and spirits will still apply as normal. You only need to send two samples per entry for spirits, versus three for wine. It is sometimes possible to submit fewer bottles of particularly expensive spirits.

Contact us at info@iwsc.net if you want more information. 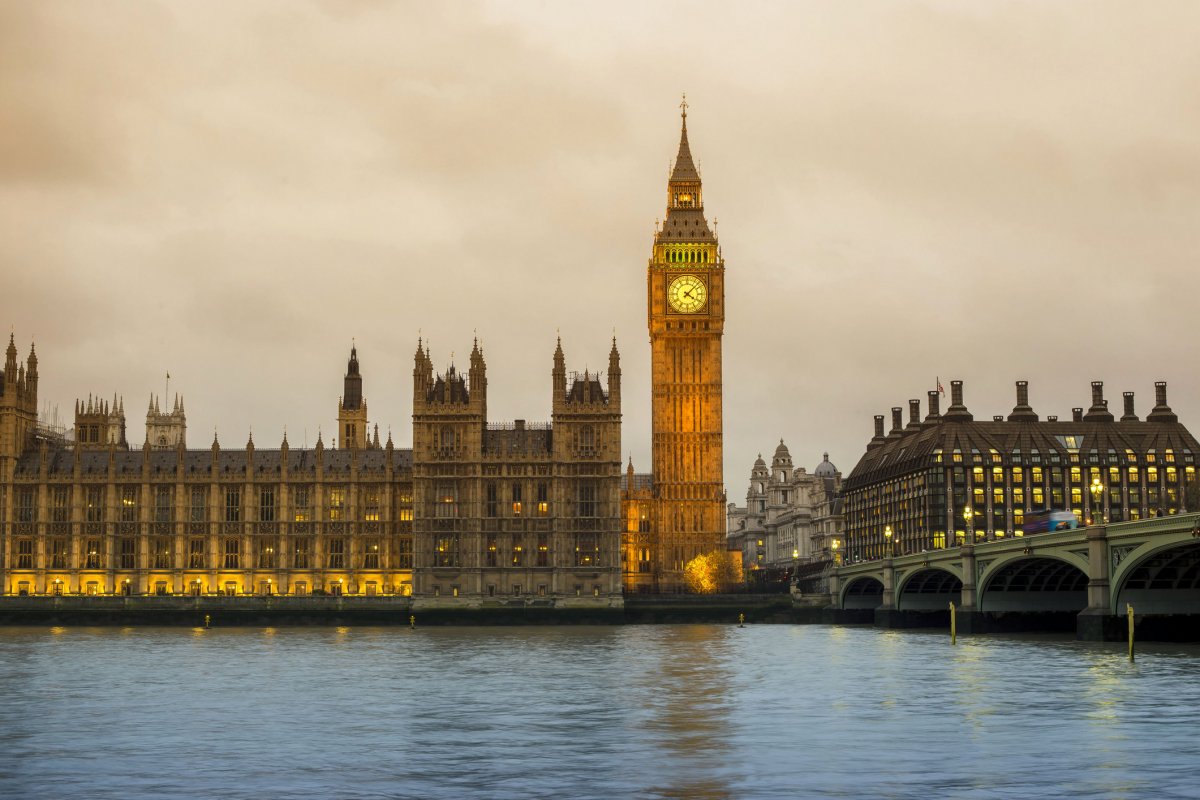 Article 50
The part of the EU’s Lisbon Treaty that sets out how a member state might leave the Union. Previous prime minister Theresa May triggered Article 50 for the UK on 29 March 2017.

WTO Rules
In a no-deal situation, UK trade with the EU would default to the basic rules set down by the World Trade Organisation. Some measures have been taken to offset this, as discussed above.

Tariffs
This is a tax on the import of goods. It’s different from a sales tax, such as VAT, and excise tax, which for alcohol is set by individual EU member states. If there’s a no-deal Brexit, the current UK government has said it will set tariffs on wine imports to zero for 12 months.

VI-1
This is a paper certificate containing technical information about a wine – from abv to sulphites – that proves a non-EU wine coming into the bloc complies with EU rules. Some ‘third countries’, such as US, Australia and Chile, can submit a shorter version.

There was concern that the UK might require EU wine imports to carry UK-specific VI-1 papers in a no-deal Brexit, but that is no longer the case after UK officials said they would suspend the need for new VI-1s for nine months in this scenario.

MRA
A mutual recognition agreement is where both parties recognise one another’s assessments of whether a wine or spirit conforms to an agreed set of standards. The idea is to speed things up and the EU has several MRAs, which the UK has been seeking to replicate.

Customs Union
The UK is currently part of the EU-wide customs union, which sets a ‘common external tariff’ on imports from outside of the bloc and helps goods to move more freely within it.

Since 2016, the UK’s WSTA has been an observer at WWTG meetings. The WWTG includes government and industry representatives from many of the biggest non-EU wine producing countries. Members have agreed to recognise other members’ winemaking and labelling practices, within the confines of OIV rules and other regulation. The UK may now seek to join, but that is not confirmed.

Transitional Simplified Procedures (TSP)
Designed to prevent blockages at ports in a no-deal Brexit, importers can apply for this – allowing them to delay full import declarations and duty payments. You’ll need a duty deferment account and an EORI number starting with ‘GB’.