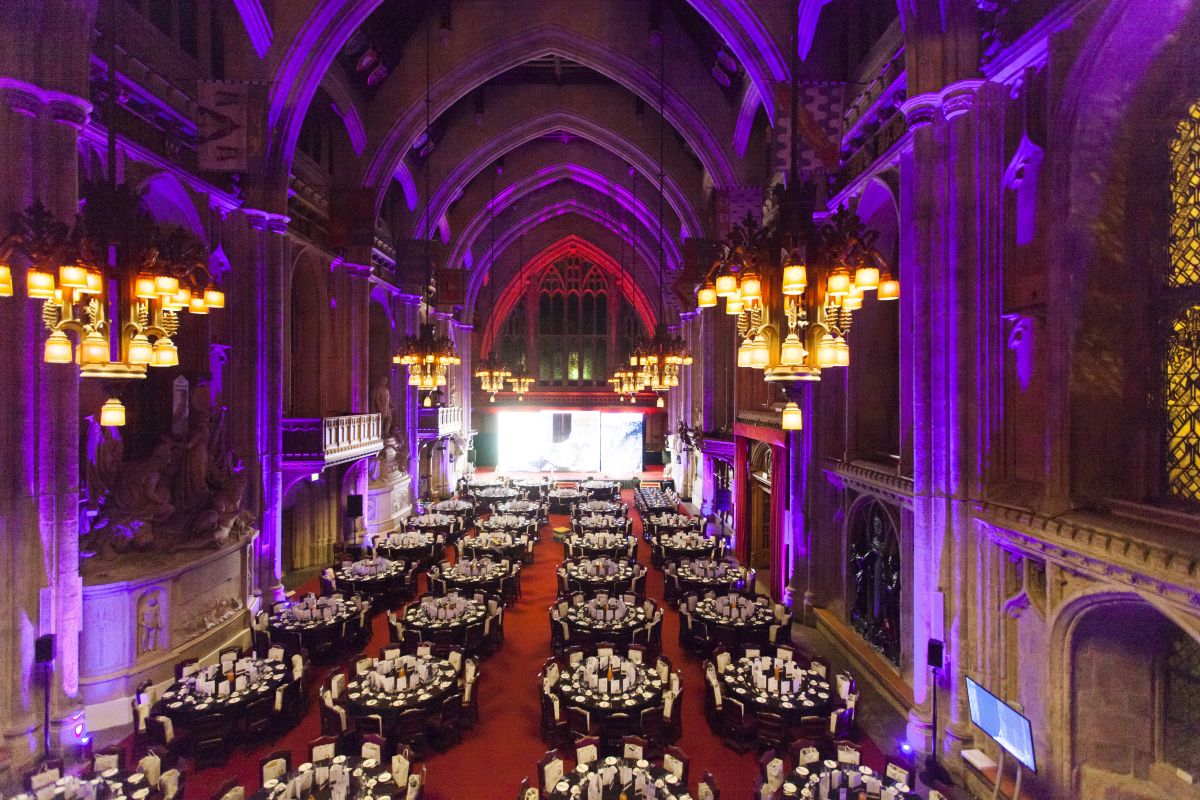 On the evening of 16th November 2016, London’s Guildhall played host to the 47th annual International Wine and Spirit Competition’s (IWSC) Awards Banquet. The evening marks the culmination of a 365 day campaign establishing the world’s finest wines and spirits and reward true excellence in the industry. Last night’s winners included the likes of Aldi UK, McGuigan Wines and Marks and Spencer, to name a few.

View all the pictures from the evening here . Please use PIN 6574 to download in high res.

View all the winners here and our Drinks Business supplement featuring all trophy winners here.

Celebrating the excellence of its entrants and winners, the IWSC’s annual banquet is an evening to be reckoned with, comprised of a five-course banquet where the winning wines taking centre stage at each course, speeches from key IWSC personalities and the official presentation of its 2016 winners. It was also the conclusion of Matteo Lunelli’s year as President and marked the appointment of 2017’s President Christopher Blandy, CEO of Madeira Wine Company.

Allen Gibbons, IWSC Group CEO remarked;
“We at the IWSC are constantly inspired by the innovation and commitment of the industry. This is something we seek to reflect both in our own working practices and the awards we give. I would like to extend a personal thanks to our president, Matteo Lunelli, who has been a constant and energetic supporter of the IWSC over the past 12 months. Naturally, I would also like to welcome Chris Blandy, our incoming president and first from Madeira. I look forward to working with him over the coming year and developing the IWSC further still.”

Highlights from 2016’s winners include:

Retail Spirits Buyer of the Year: Lidl
Stealing the show for the Spirit Buyer of the Year Award is Lidl, headed by leading lady Hannah Cvetkovic. Having completed the Harrods Retail Management Graduate Scheme, Cvetkovic joined Lidl in October 2014. One of Cvetkovic’s first moves was to boost the range from 40 to 60 products, with a heavier focus on seasonal rotation. This constant product revolution has proved a massive success, sustaining double-digit growth and the introduction of nine summer lines. The proven growth allowed Lidl to steal the award from big brand names like Waitrose and Tesco, as well as knocking out direct competition, Aldi.

Retail Wine Buyer of the Year: Marks and Spencer
Celebrating a hat-trick, the Marks and Spencer buying team continues to dazzle the IWSC judges in 2016 with their approach to international buying. The team is comprised of dedicated buyers for every global territory, and collaborations with wine makers and wineries from around the world. The team clocked up around 600 days travelling in their respective territories, visiting 250 producers and blending 500 wines to bring innovations to market. A key part of the team’s strategy to drive interest relies on around 20% of the range revolving each year, perfecting the balance between keeping customer favourites whilst establishing exciting, diverse innovations.

Online Retailer of the Year: Master of Malt
An ecommerce handbook for success, Master of Malt has grown from a single shop selling whisky by mail order, to an online specialist stocking 9,000 products. Founded in 1985, the company has since grown into an online retailer with a knack for establishing and predicting consumer trends and niche product opportunity. As a result, despite its name, Master of Malt now offers its customers Cognac, Rum, Armagnac, Gin, Tequila and Vodka, as well as the opportunity to Blend Your Own Whisky, Build Your Own Tasting Set, and your own Advent Calendar. Alongside its expanding product offering, Master of Malt’s website includes a ‘Gift Finder’ as well as Free UK Shipping when one item in your basket qualifies. As a result, the IWSC judges could not fault their user friendly business model and extensive product offering.

Innovator of the year: Aldi
Focussed on making quality wine available to all budgets, Aldi has stormed ahead in 2016. Having launched its new ‘Wine by the Case’ incentive, the discount supermarket has managed to up its wine offering from 70 to 117 skus. Alongside this innovation, the introduction of online exclusives has allowed Aldi to double its sales forecasts for the coming year and reach a broader nationwide audience. By means of pioneering pop up stores in London’s Shoreditch, sponsorship of ITV’s The Wine Show and partnering with Origins Wine to launch a range of ground-breaking ‘craft wines’, packaged in beer bottles and reminiscent of the trendy craft beer movement, Aldi have grabbed the term ‘innovator’ and truly run with it.

IWSC Communicator of the Year:
For an industry heavily concerned with the senses, the ability to effectively communicate a sensory experience is an invaluable skill. For the IWSC, it is these wordsmiths who play an immense role in the industry’s connection with the consumer. As a result, for 2016, the competition has split this award to honour two communicators.
Winner of the Communicator of the Year for Wines for the second consecutive year is the undeniable voice of Joe Wadsack. Dedicated to transparency when communicating to his readers, Joe is a writer who understands his demographic and will never undermine their intelligence. After teaming up with chef Tom Kerridge to host BBC's Food and Drink, this IWSC win is the perfect way to wrap up a great year.
Winner of the Communicator of the Year for Spirits is first time IWSC medallist, Alice Lascelles. Beginning her career as a journalist for trade wine and spirit publications, the cocktail scene grabbed Alice’s eye and she has not looked back since. Priding herself on being an excellent story teller and having lived a story worth telling, Alice released her debut book last year, Ten Cocktails: The Art of Convivial Drinking.