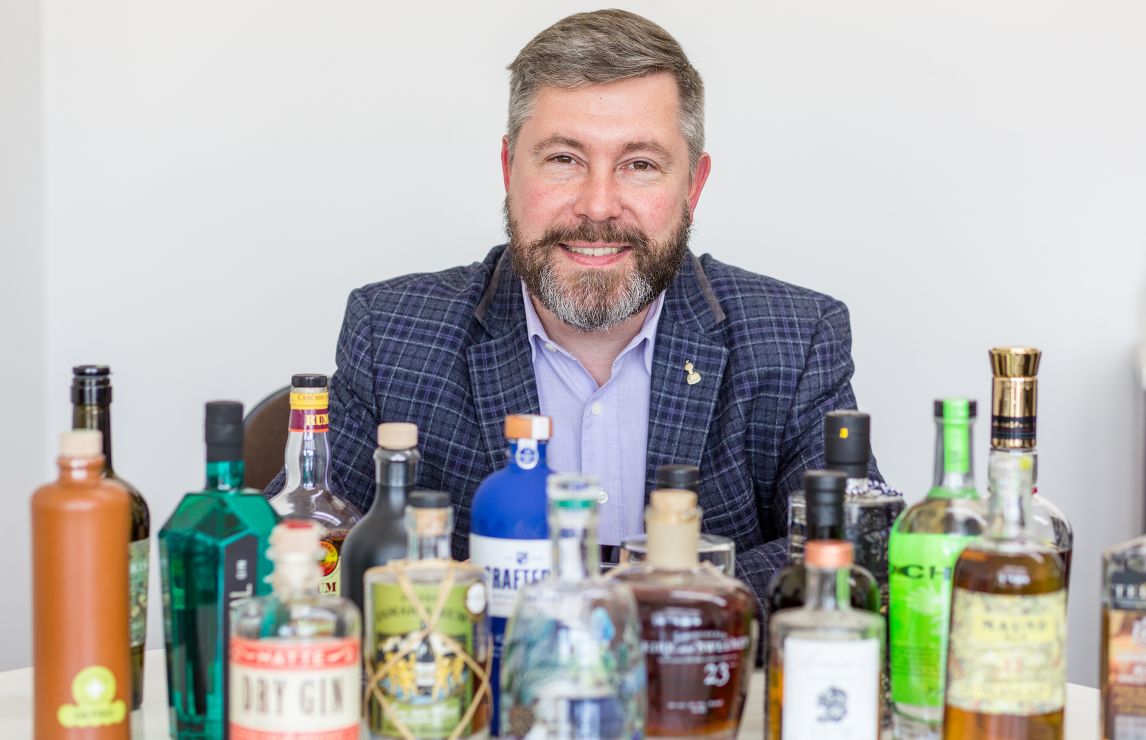 The IWSC Spirits Communicator of the Year is sponsored by Chivas Brothers.

Swiss spirits educator Arthur Nägele has been working in the industry for 15 years as a judge, presenter and educator. In 2004, he created the Spirituosenakademie (Spirits Academy), which provides training for the wine and spirits industries in Germany, Austria and Switzerland and went on to become the first German WSET provider for spirits education.

I grew up in a craft distillery; my father was a fruit farmer and we distilled our own fruit spirits. There was a trend towards quality fruit spirits at that time (early 1980s) that got pushed by the local Chamber of Agriculture and as a result, lots of local competitions for fruit spirits were created.

Dr Peter Dürr, who worked at the National Research Institute for Fruit Growing in Switzerland, came to my region to host a seminar about sensory evaluation. After the seminar, we had a long conversation during which he asked me to participate in his sensory evaluation group. That was the start of my judging career.During that time, I also visited the vocational school for Hotel & Restaurant Business where I discovered my love for cocktails. During my work as a "Chef de Bar“ in the late 1980s, I was introduced to single malt Scotch whisky. Travelling to Scotland to learn more about single malt Scotch, combined with my technical knowledge about distillation, finally gave the initial spark.

What is the most enjoyable part of your job?

I taste a lot of products during competitions, so I can always follow the quality of spirits and trends in the market. It’s also great to work with distillers to create a spirit that follows their ideas and insights, combined with my knowledge about the category and market. I also love doing tastings and workshops. I call them “gigs”, like musicians do, and the tasted products are “on the set list”. It’s fun to see how people react to different styles, and what they like and dislike. In 2018, I had about 50 gin tastings, 50 rum tastings and 40 whisky tastings, and spoke in front of 1500-2000 people. Each crowd is different and the products differ too, which makes it demanding every time.

What are the most exciting developments in the spirits world at the moment?

Education is a key part of what you do. Why is education so important in the industry?

There is a long history of producing spirits in Southern Germany, Austria and Switzerland, but when I started 15 years ago, locally produced spirits had a bad reputation. There was almost no education about spirits in German-speaking countries, so in 2004 I set up the Spirits Academy with Bartholomew Fink and Ulrich Zeni to support the reputation of spirits in those countries through training and sharing our knowledge.

Which person in the spirits industry do you most admire?

There are several people I admire in certain fields: legends like David Stewart and Richard Paterson on the production side or people like Sukhinder Singh or Jenny Gardener on the sales/distribution side. I have a deep admiration for people that made their way without a safety net like Jim Murray, Dominic Roskrow and others.

It’s all dependent on personal mood, the people accompanying me and the occasion. I can narrow it down to gin, whisky (Scotch preferably), and sometimes a high ester rum.

The Spirits Communicator of the Year 2019 will be announced at the IWSC Awards Banquet on 28 November.