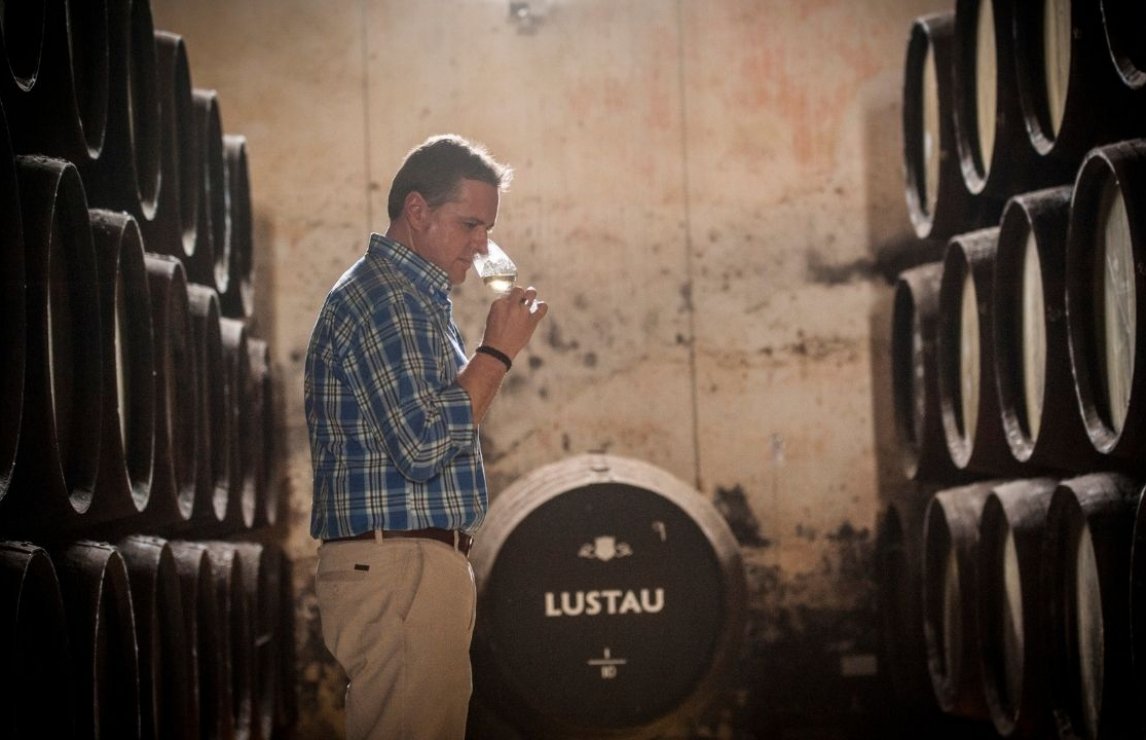 
Bodegas Lustau was founded in 1896 by Don José Ruiz-Berdejo in Jerez de la Frontera, Spain who produced and aged his own sherries. He was what is referred to in the trade as an 'almacenista' – a storekeeper. Originally, almacenistas created their own Sherries simply for their own store, but later they began selling them on to larger Sherry houses which exported the wines commercially.

In 1930, after Don José Ruiz-Berdejo's death, Don Emilio Lustau Ortega took over the business. Emilio began exporting wines in the 1950s and wanted the Lustau brand to become synonymous with quality. He introduced the Lustau Solera Reserva range, made up of stocks acquired from different almacenistas, and in 1981 he added the Almacenista range of wines that were hand-picked from small almacenistas but  sold under the Lustau brand, with the provenance of the Sherry detailed on the label. Both remain highly respected ranges.

In 1990, ihe company was sold to Luis Cabellero, whose Ponche Caballero liqueur is legendary in Spain. The sale gave Bodegas Lustau the chance to expand, and it duly purchased six of Domecq's old bodega buildings. After renovating them in 2002, this is now where Lustau houses all of its wines.

Oloroso Sherries are naturally dry. Because they are fortified at an earlier stage, Oloroso Sherries have little to no flor 'yeast strains'. Without the layer of flor, the Sherry is exposed to air through the slightly porous walls of the oak casks and takes on an oxidative character.

In the wake of his recent trophy win, we spoke to Bodegas Lustau's Cellar Master Sergio Martínez about his winemaking philosophy and modern technological improvements in the bodega...

How did you get into wine?

My grandfather owned vineyards in the neighbouring town of Chiclana and I used to visit them with him when I was a child. When I was close to finishing my degree in chemistry, I had the opportunity to undertake a scholarship at Lustau. I fell in love with Sherry and this Sherry house immediately. 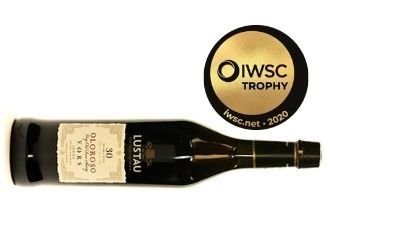 What is your winemaking philosophy?

I like to work in the traditional way that my predecessors before me practised in Jerez but, at the same time, taking advantge of the technological advances at our disposal – things like moisture sensors, that monitor the humidity in the cellar.

What is the best piece of advice you have been given and how do you use that in your winemaking?

One of the best pieces of advice I received is "when you close your eyes you must know where and how every cask is in your cellar”. I use this almost every day, as the best way to know and control your cellar is to walk up and down it tirelessly and “venenciar” (pour wine) from every cask. I like to see the dust from the “albero” (the floor dust that you find in the bodegas) on my shoes.


Who or what has been your most important influence?

The most influential person in my career was undoubtedly Manuel Lozano (Lustau’s late Cellar Master). I had the privilege to work with him, winner of the IWSC's 2014 Best Sherry Producer award. I learnt most of what I know from him.

How can people best enjoy your Sherries?

The best way is to drink them with your family and friends. When sipped slowly, you'd find all the aromas and flavours coming together.