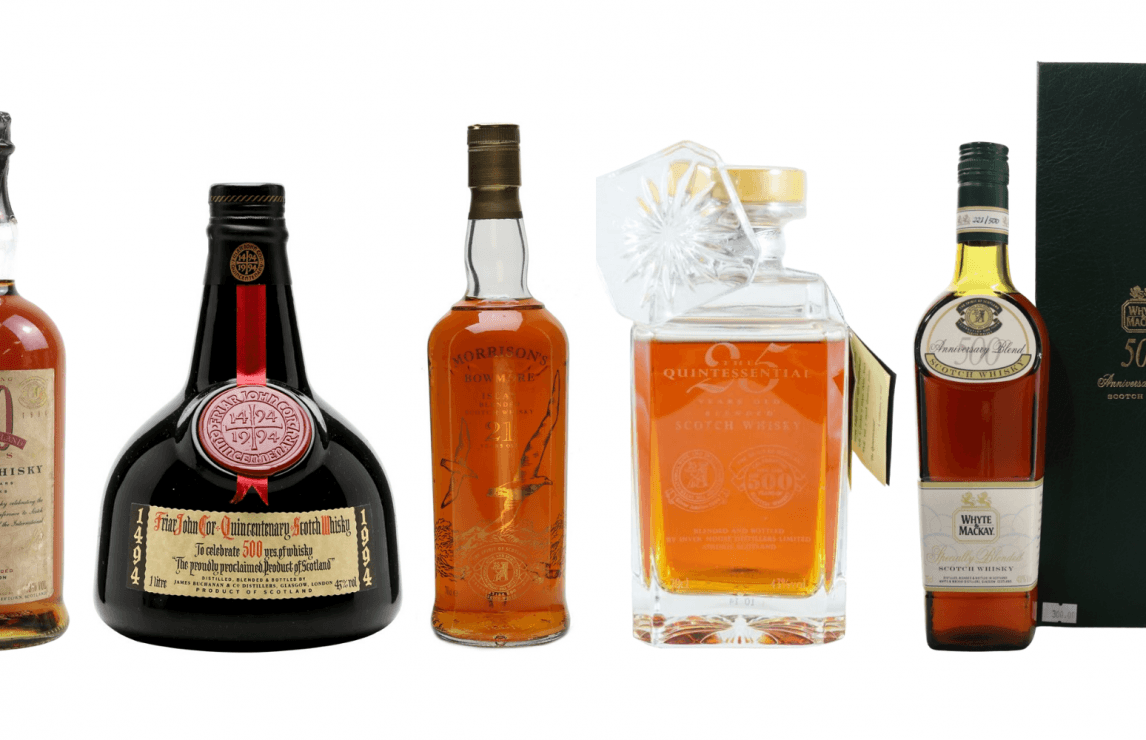 A total of £104,184.25 raised by Whisky.Auction on Tuesday night will be donated to The Drinks Trust to support their Covid-19 Emergency Fund.

470 lots of rare whiskies donated by organisations and individuals in the drinks industry went under the hammer at the auction, which was held in aid of those in the hospitality industry affected by the coronavirus.

A bottle of Karuizawa Omoiyari donated by Elixir Distillers – one of only six created from components distilled between 1963 and 1984 – received 18 bids and went for a whopping £25,000, almost a quarter of the total raised.

Of the whiskies donated by IWSC – blended by Scotland’s most renowned distillers in 1994 to celebrate a 1494 ruling in the Scottish Exchequer which is seen as the moment Scotch whisky became legal – two lots went for £875 each, with a further two each raising £850. The full results can be viewed online now.

The Exchequer was the branch of the Scottish royal household in charge of the royal finances. An excerpt from the Exchequer Roll, held in the Scottish archives, states that John Corr, a friar at Lindores Abbey, was allowed eight bolls of grain to make aqua vitae for King James IV in 1494.

Whisky had been made illegally in cellars and caves for decades, resulting in disease and death for many. This document is considered to mark the date when distilling was legitimised.

In 1994, the IWSC, then celebrating its 25th anniversary, teamed up with the Scotch Whisky Association to celebrate the 500th anniversary of this ruling.

For the Spirit of Scotland Trophy, Scotland's whisky producers were invited to submit a special blend to best demonstrate the skills of their blenders.

The distillers - Allied Distillers, Whyte & Mackay, Morrison Bowmore Distillers, William Grant, Burn Stewart, United Distillers and Inverhouse Distillers – produced 500 bottles each. Each company was only permitted to make one blend regardless of how many distilleries it owned.

These were submitted to a panel of the most eminent whisky judges at the time, overseen by the IWSC. The finest blend was judged to be Whyte & Mackay’s Anniversary Blend.

Whyte & Mackay’s distillery’s master blender Richard Paterson, who joined the company in 1970, remembers the blending process as an intense time.

“The blend had to be parcels of minimum 21 years of age. I selected from various parts of the Highlands and matured it in 30-year-old sherry casks from Gonzalez Byass to get the fresh almond and citrus style I was looking for. It was a meticulous process.”

It was “touch and go” he remembers, because the component parts needed at least three months to settle – and it was an emotional time as well.

“My father, who was also a master blender, had died a few weeks before. So winning the award was momentous but it was tinged with sadness. It was also an award for him.”

The scroll from 1494 was etched onto a copper plate and presented to Whyte & Mackay as a prize; it is still displayed at the distiller’s Glasgow headquarters.

Six sets of these whiskies have been held by the IWSC in optimum conditions for the last 25 years; they are now to be auctioned by the web-based auctioneer Whisky.Auction, which is using its April auction, beginning on Sunday 5 April, to raise money for drinks industry charity The Drinks Trust (formerly the Benevolent). All proceeds, including buyers’ commission, will go to the charity, which was set up in 1886 to provide for those in the UK hospitality industry who needed help.

This industry was one of the first to be affected by the COVID-19 pandemic. Social distancing has meant that many bars and restaurants were forced to lay off staff from the first weeks of the crisis.

The whiskies to be auctioned are highly collectible and have been sold a number of times over the years: Whyte & Mackay auctioned a single bottle of their winning blend for £1000 [date and auction]. They will be sold as four complete sets of seven bottles; the fifth set will be sold as seven separate lots.

The auction begins on 5 April. All details can be found at https://whisky.auction/charity/covid19