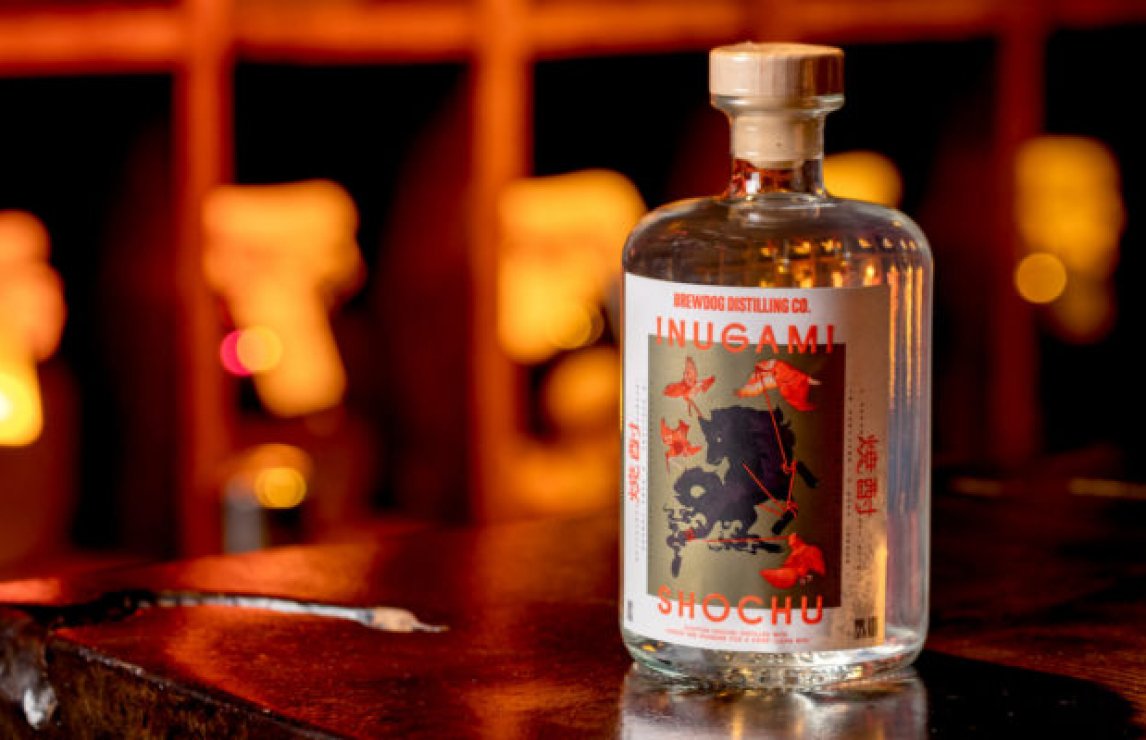 Shochu originally hails from Japan, and is a spirit most commonly made with rice, barley and sweet potato. It’s aged in either oak barrels for a toasty note, ceramic pots or stainless steel for a cleaner finish.

Now the spirit is spreading its wings. Not content with shaking up the beer world, Scottish punk outfit BrewDog has turned its attention to making craft spirits, and is doing so in style with Inugami Shochu, winner of the IWSC Shochu Trophy.

Inugami, which means ‘spirit of the dog’, scored a hugely impressive 98/100pts at this year’s IWSC, and is best enjoyed, says Brewdog, in a highball with plenty of ice and soda.

The most important ingredient in Inugami Shochu is black koji. Rice is inoculated with the koji before being fermented and distilled, then ginger and rhubarb are added as distillates before being blended to create the final spirit. Because nothing is added post-distillation, Inugami is known as a konwa shochu.

Konwa is a blended style featuring the two main types of shochu:
Read more: What is shochu and which bottles should you try?

This is what the judges had to say: “Gingerbread baked with spices and coated in rum caramel sauce creates an enticing aroma which leads onto a palate of rose-petal confectionary. Aroma and flavour are well combined and comforting in their smoothness. Ginger and spice continues through to the finish. Layered, complex, enjoyably interesting complexity.” 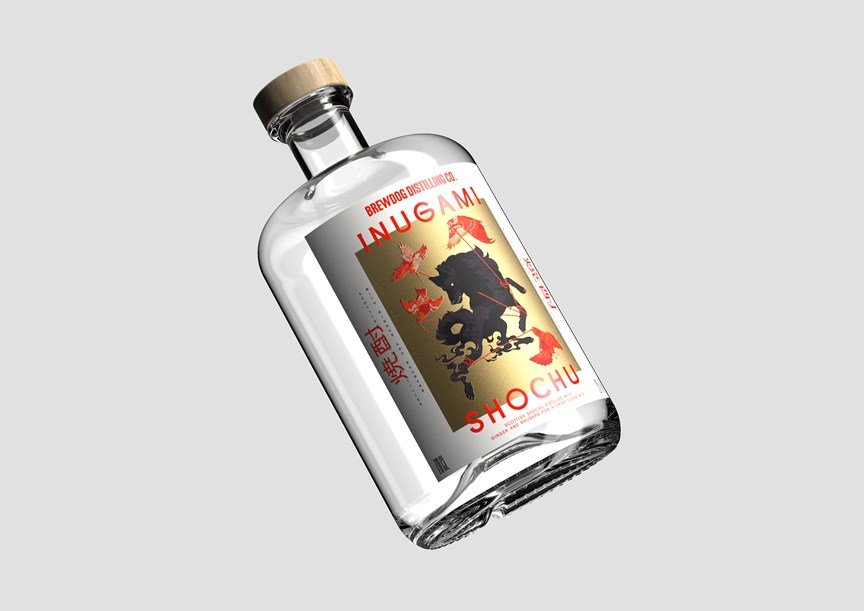 And here’s Steven Kersley, head of BrewDog Distilling, to tell you more about this award-winning spirit.

Tell us about the history and background of Inugami Shochu

In a way, it dates back 100 years, when curious Japanese distillers travelled to Scotland and learned the secrets of distilling Scotch whisky and took them back with them to Japan, creating their very own interpretation of Scotland’s national drink. Jump to 2020 and the creation of Inugami, our take on Japan’s number-one spirit, a lighter, brighter drink with a twist of Scottish rhubarb. Hence the name Inugami, after a vengeful dog spirits found in Japanese folklore.

What is your background as a distiller?

I’ve worked in the distilling industry for 13 years. When I started out, my focus was exclusively in Scotch whisky where I managed several distilleries in Speyside and the Highlands, including Linkwood, Teaninich, and Benrinnes. Prior to that I completed an Honours degree in Chemistry and a Masters in Brewing & Distilling. In 2014 I was hit up by Martin Dickie, co-founder of BrewDog, to come on board as BrewDog’s head distiller and kick off their new adventure – BrewDog Distilling Co (then Lone Wolf Spirits).

Since then I’ve been creating unique spirits which span across so many different categories including gin, rum, whisky and now shochu. For me, our philosophy anchors on authenticity and innovation. Everything that we put into a bottle is made from scratch and for every spirit that we create, our method is to be as imaginative with flavour creation as possible.

Two things come to mind. My time spent as a tour guide at Oban distillery in my teens which is honestly why I’m doing what I’m doing now – I caught a massive dose of the whisky bug doing that job. Second would be the time I spent distilling with St George Spirits in San Francisco with Lance Winters and the team. It was an eye-opener in terms of what is achievable when you put brilliant ingredients at the heart of what you distil. I’d never seen 20 tonnes of jalapeños or pears in one place before, let alone distilled them.

What makes Inugami so special?

The creativity in the blend of flavours is what creates a next-level drink that’s super-light, refreshing and crisp. It's not as laborious a process as distilling a rum or mezcal, but in some ways the delicate nature of the spirit makes it harder to get right, so there’s much less room for error. With Inugami, finding the sweet spot in balancing galangal, ginger and Scottish rhubarb was a fun way to stretch my distilling style and create an interesting spirit that’s great in a simple highball serve or for a lower-abv Martini.

Give one reason why every barman in the world should be stocking Inugami Shochu?

It’s for the adventurous, for the seeker of new spirits and different serves, something more than a G&T. Inugami answers their needs, great in a simple highball serve or a more complex Martini, its subtle, complementary flavours encourage exploration – and it’s a great talking point and way to further engage with the customer. I’m super-excited to see what direction the very talented in our industry create with this spirit.